Quarrying massive stone blocks with an Excavator in a Yorkstone quarry. The Excavator struggles to move the blocks because they are so big and heavy. The stone blocks are 2-3 meters deep and over 6 meters long and can weigh up to 50 tons. The overburden has to be removed before the ashlar blocks can be quarried. The overburden mainly consists of soils, shale’s and clays and large and small rocks and boulders.

The stone blocks have to be drilled with a pneumatic rock drill and broken down with plugs and feathers and a large hammer called a maul, the plugs are struck with the hammer forcing them down into the stone block, breaking it along the drill line.

Ashlar blocks are also carved by masons into almost any shape and size, mainly for restoration of parts of old buildings built with yorkstone.  Ashlar blocks cannot be riven (split) like the flagrock blocks that are used for riven yorkstone paving. 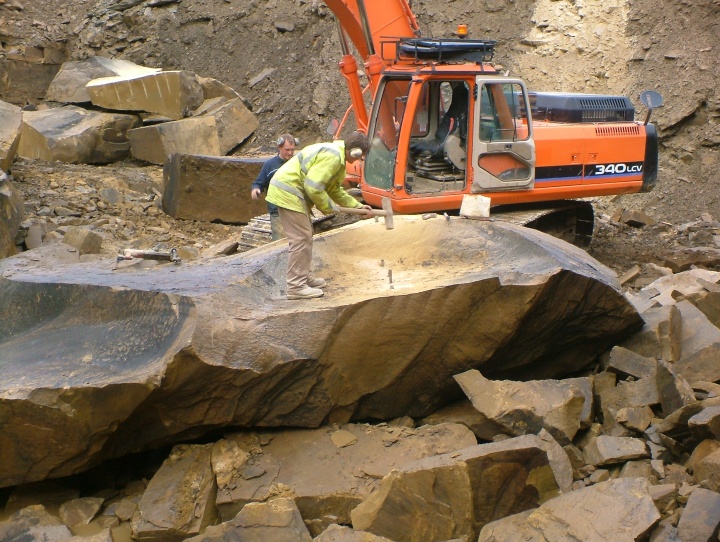 To see our other quarrying videos check the links below.