Pictures from a Yorkstone Quarry, the first picture shows all the Sedimentary layers that make up the quarry with the Ashlar Block right at the bottom. The second picture shows a Komatsu Dozer clearing the top layers of mudstones, shale and clay from the York Stone Quarry. 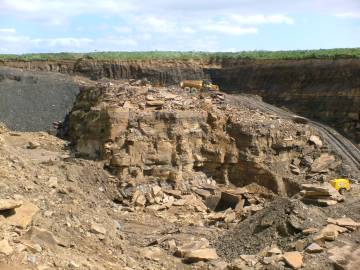 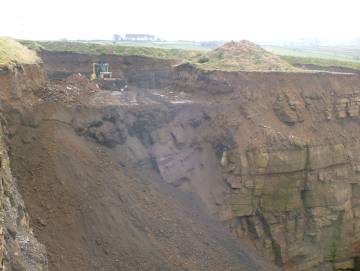 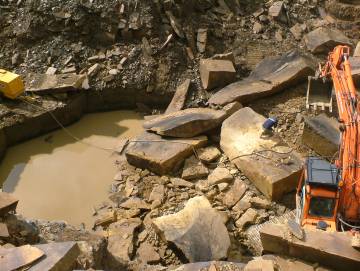 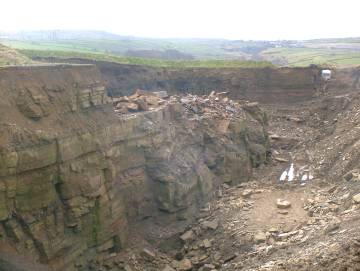 Picture on the left shows a Daewoo Excavator loading a Dump Truck with overburden from the Yorkstone Quarry. The picture on the right shows the same from another angle with small Stone Blocks and a view into the bottom layers of the Quarry. 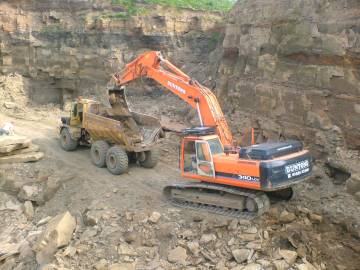 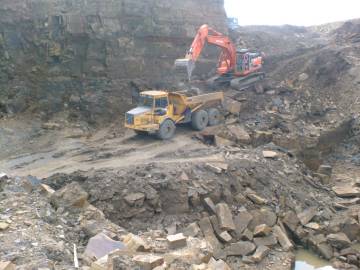 Picture on the left shows a Daewoo Excavator with Large Ashlar Stone Blocks and the hole from where they were removed. The picture on the right shows the Ashlar Blocks after they have been Drilled and broken in half and the lower layers of the Quarry. 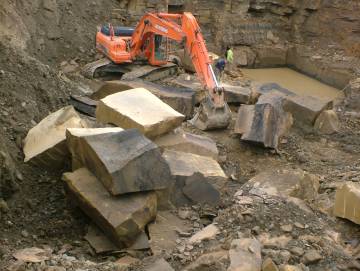 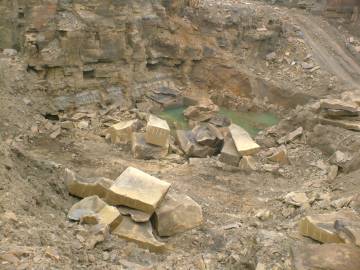